In the selected coordinate system the mathematical model of the miniship has the following form:

The system’s actuators are represented by two movers based on collector-free asynchronous motors. The motors and propeller screws are located on a mobile frame and can deflect from the longitudinal axis at the same angle. The motors and the servo-drive are controlled by the local controllers receiving pulse-width modulated signal.

From the figure we can see that the ship is controllable at the speeds Vx < 3.5 mps. For the maximum thrust of 100 N, the permissible motion speed of the considered controlled plant is 3.2 mps. 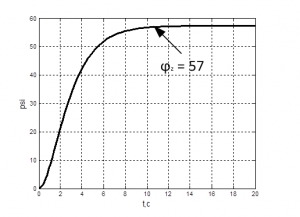 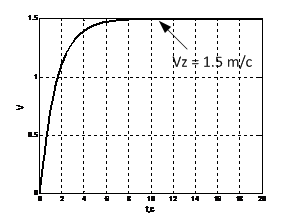 Motion modeling for the positioning problem.

For the positioning problem, the mini-ship should move from the initial position to the preset goal point (x0=25;z0=25). 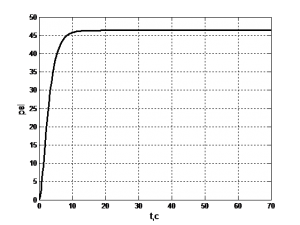 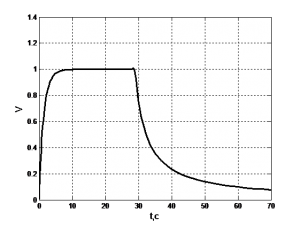 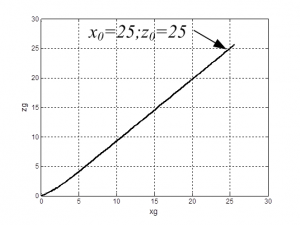 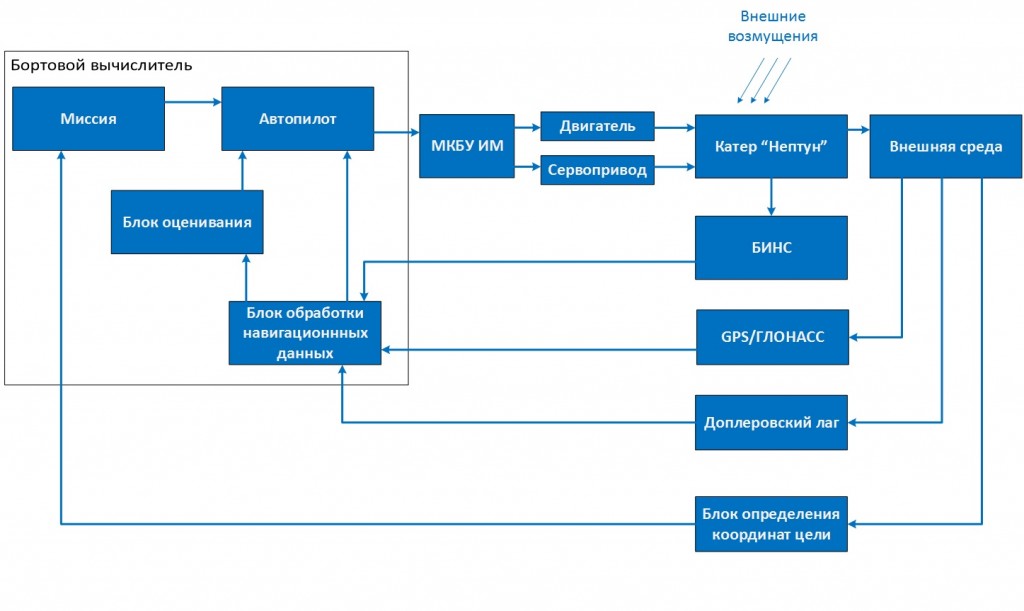 The flowchart of the control system is presented in the figure.

In the structure of the control system of a miniship, mission is a set of ship’s motion paths and coordinates of positioning points. The autopilot forms the control actions based on the position point coordinates that determine the docking point. The estimation unit estimates the external unmeasured forces and torques. The Navigation Data Processing Unit aggregates the navigation data from IRS and satellite navigation system GPS/GLONASS.

Microcontroller actuators control unit (MCACU) transforms the autopilot’s control actions into the control signal for actuators. The actuators are represented by two screw propeller drives and a rudder servomotor.

During the development of the software architecture an emphasis is made on the modular structure of the system and minimization of links between the modules. This gave a possibility to develop the units independently, to unify the data exchange in the system and to increase its predictability and fault-tolerance.

Ubuntu Linux was used as an operation system of the onboard computer. The software is developed on a Robot Operating System Platform, which allows implement weak connectivity of components and to provide a client-server interaction template. The structure of the control system is presented in the figure.

In software development a paradigm was used separating the computations into a high level (computer) and a lower level (microcontroller unit). The microcontroller unit receives the required data from computer or a remote control unit and generates and pulse-width modulated signal for controlling drives and servomotors. The computer calculates the required control actions according to control algorithms, provides computational support for the navigation system and exchanges data with the ground control unit. 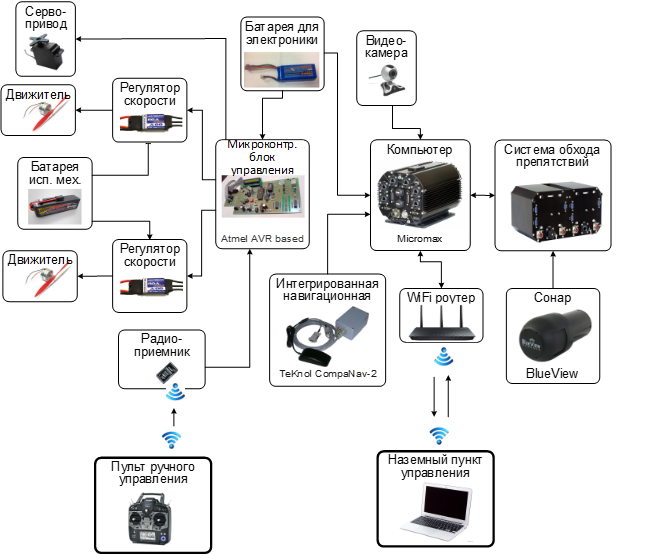 Hardware used form of the boat implementation and its specifications.

Miniship should reach the set course (φ =1.3 рад) and the set motion speed (V = 1.6 mps). The speed and heading changing is presented in figures. 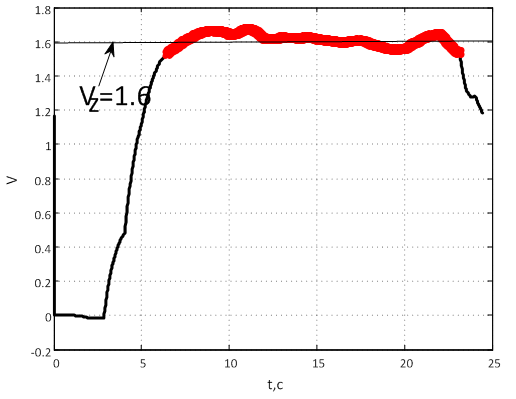 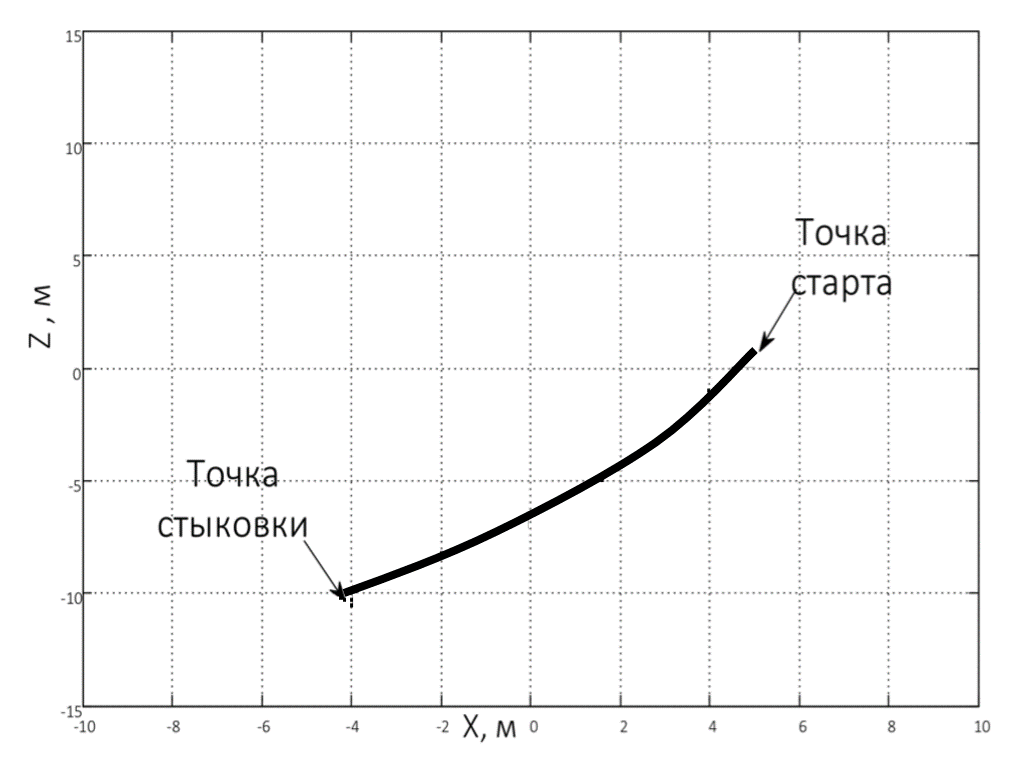 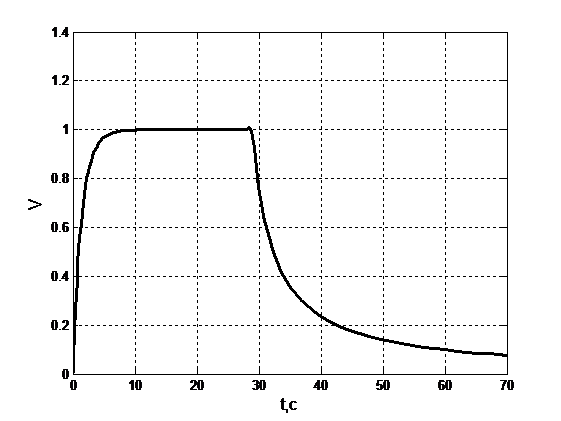 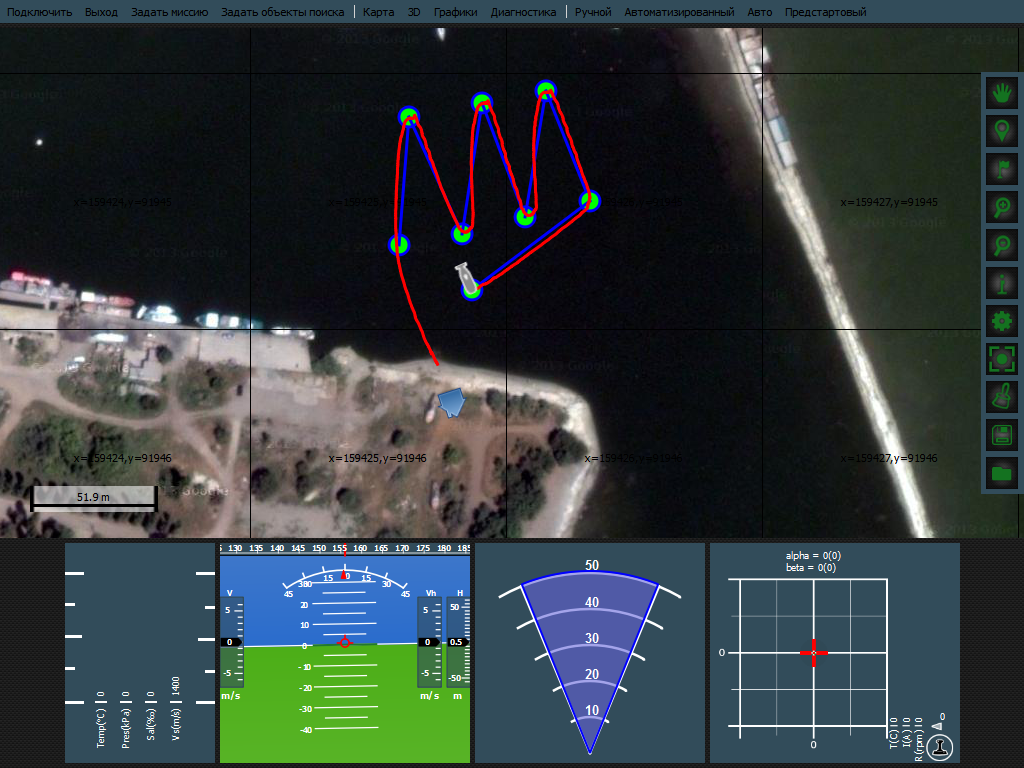 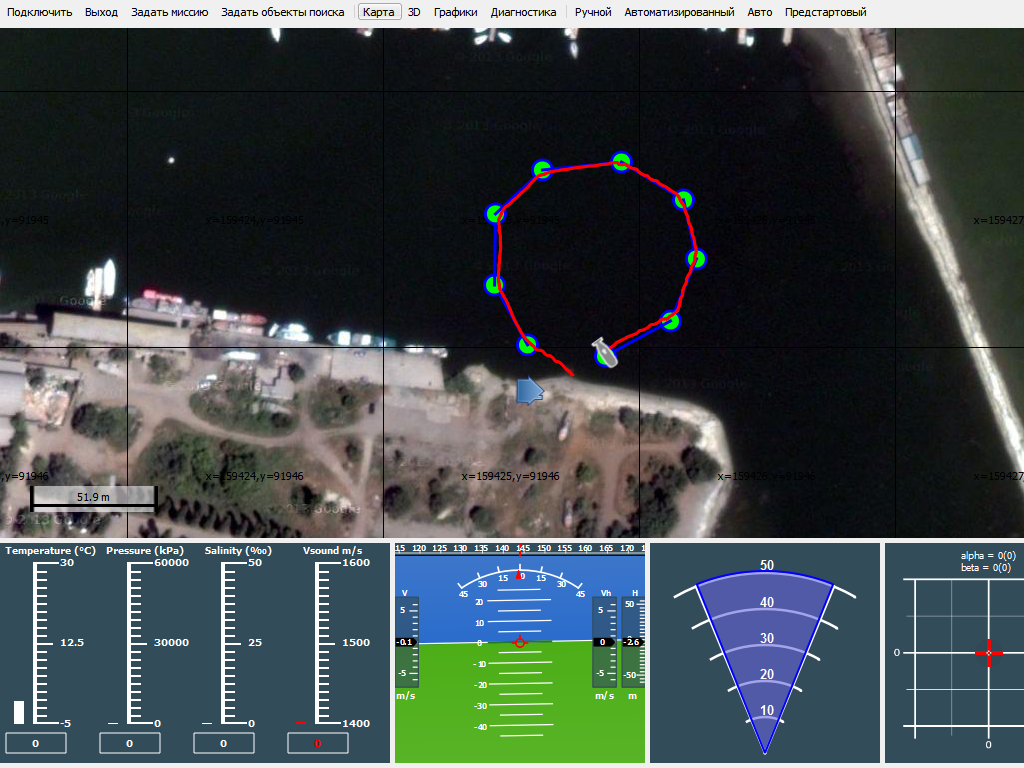