The purpose of the work was development, manufacture and delivery of the control, navigation and telecommunication system for the prototype of the high-altitude unmanned airship that allows perform: 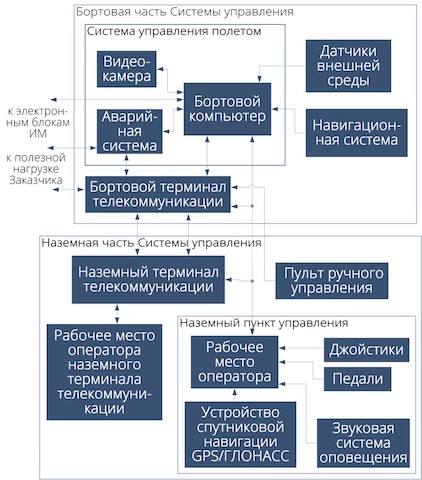 Control, navigation and telecommunications system has a modular architecture that makes it easier to set-up, maintenance and repair, as well as allows modifying the system to the requirements of the customer. 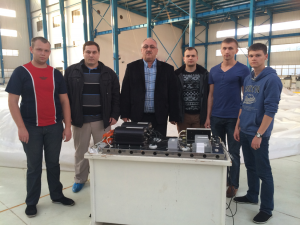 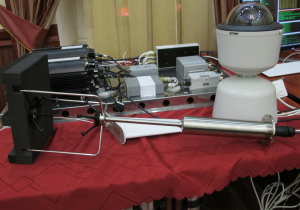 To avoid collision with the ground and measure the distance to the surface a compact radar altimeter system is used. It includes a transceiver unit and a separate antenna. The altimeter can operate in fog, dust and above the water.

Sensors of the environmen

Environmental sensors are used to estimate the aerodynamic forces acting on the airship, as well as for informing the operator of the environment parameters.

The composition of the external environment sensors is:

Likewise times are compared between each of the other upper and lower transducers. Measurements are made between the three pairs of transducers that allows calculate the projection of three airspeed projections and angles of attack and sideslip.

High-performance compact on-board computer for using in extremely harsh environments is designed for control system. Computer is equipped with interfaces of video capture CVBS, CAN bus, an expanded set of serial ports RS232/422/485, DIO ports. Built-in hardware video processor supports simultaneous encoding and digitizing of video from 3 channels. Computer has embedded power supply with supercapacitors, which provides up to 2 minutes of power backup. 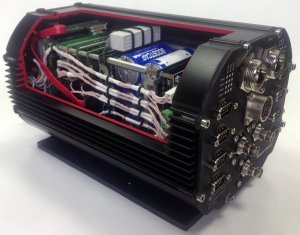 Board computer is duplicated with the same computer to improve system reliability.

On-board computer software is designed based on advanced operating system and has a modular hierarchical structure. This allows create different scenarios for its use, analyze the available data in the system and quickly make modifications to the system using modern development tools. The software incorporates a means to record all flight data and playback and conversion for subsequent analysis. 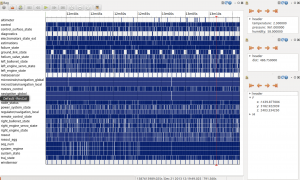 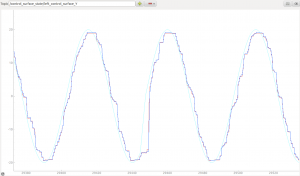 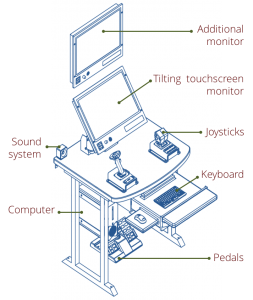 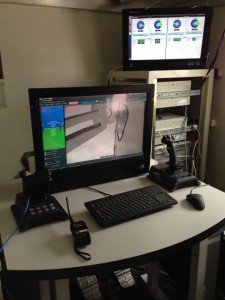 Key information is displayed in the following widgets:

It’s possible to view the state variables of the airship in the table view and the form of graphs.

Handheld control unit is designed for remote control of the airship in the line of sight at a distance of 2 km.

Handheld control unit is connected through a communication channel directly with the onboard part of the control system. 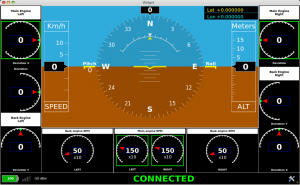 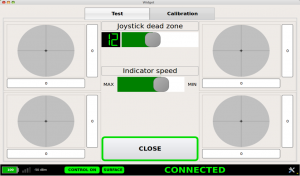 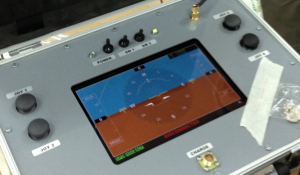 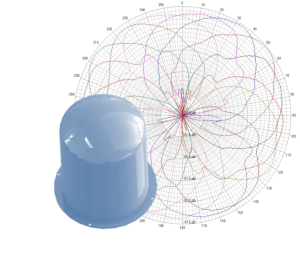 Ground control operator visually on the map forms flight mission by the segments – lines or arcs.
The original patented algorithm calculates the required control (forces and moments and the settings of the actuators) for performing of a given flight task. 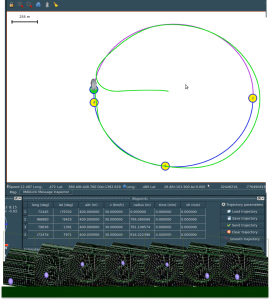 For debugging, operator training and demonstration airship software and hardware simulation is developed, working in conjunction with a connected control system. 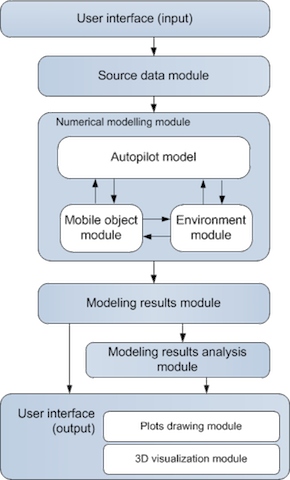 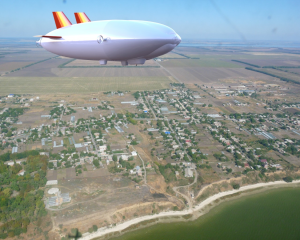