From 15th to 17th of October 2016, an official delegation of representatives of science and industry of the Chinese People’s Republic and JSC “Rosoboroneksport” has visited the Southern Federal University. The meeting was held at the Scientific Research Institute of Robotics and Control Processes of SFEDU.

representative of the Changchun Institute of Applied Chemistry, Chinese Academy of Sciences):

Purpose of visit was to establish long-term collaboration in the area of creation of a stratospheric platform. During the organized meetings, the academics of RDIRCS made presentations concerning the solution of the following problems:
The chief scientist of China Electronics Technology Group Corporation (CETC) Mr. Xu Zongxin and his colleagues gave a high estimation of the scientific and technical potential of the RDIRCS. As a result of the discussions we’ve outlined the main collaboration areas related to development of effective algorithms of high-altitude airships control in various operation modes and development of the related software. An intention was expressed to create an airship flight simulator for the Chinese colleagues to solve the control problems for high-altitude airships.

It is significant that RDIRCS has an experience of successful projects on this topic completed for Russian and foreign partners. Particularly, the following projects were performed:

At the end of the visit, the delegation reviewed the advanced achievements of SFEDU in the area of nanomaterials by visiting the Nanotechnologies Center of SFEDU. They also visited the “Echoless chamber” laboratory working in the area of communication systems and navigation. And the final spot was the campus of SFEDU ITA. 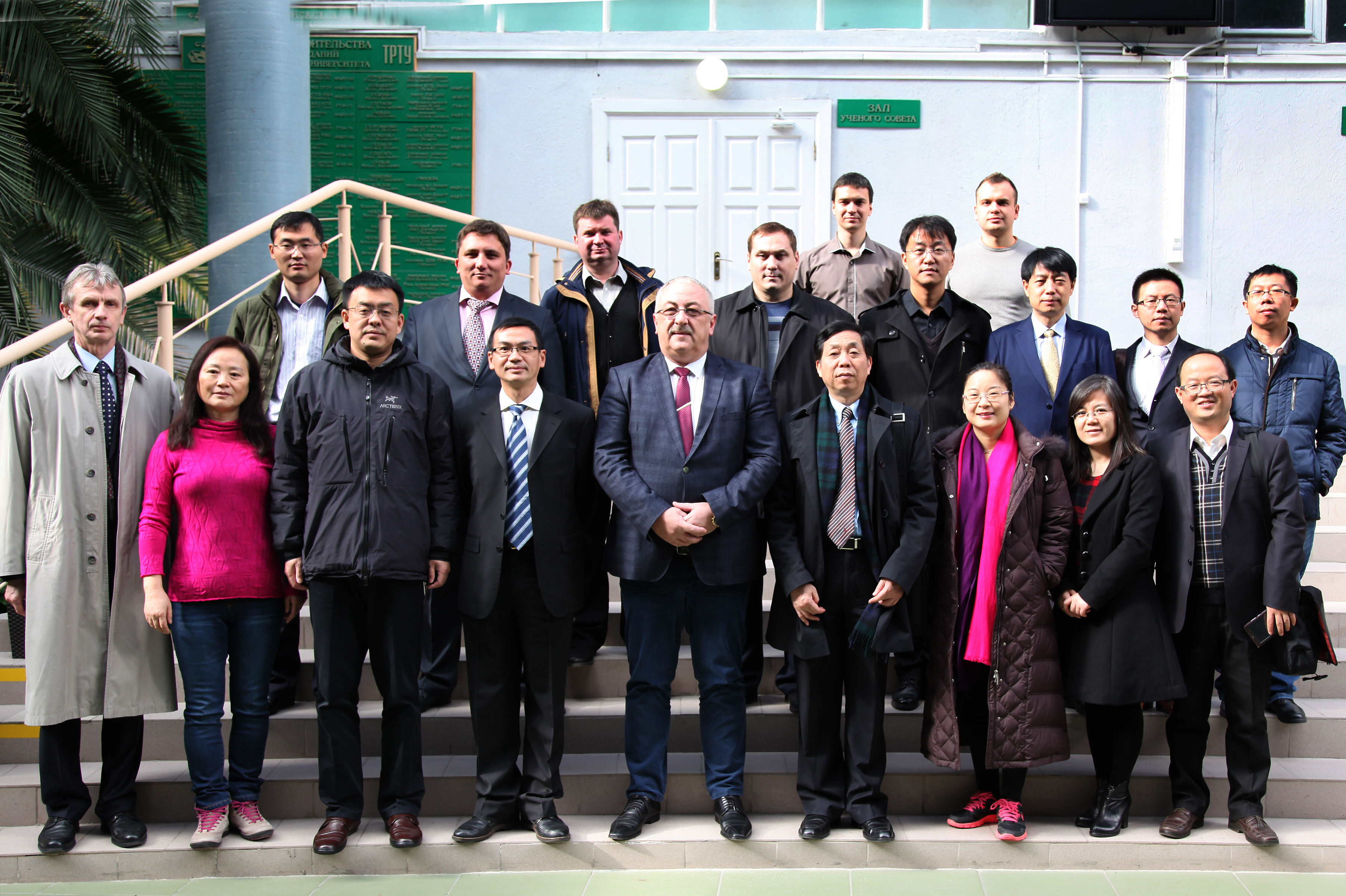 The visit of the Chinese delegation is the sign of acknowledgement of the international level of the achievements and accomplishments of RDIRCS of SFEDU in the area of creation of intelligent robotic complexes of a broad range of deployment.

This meeting became the next step directed to the development of fruitful collaboration of RDIRCS with the representatives of science and industry of the Chinese People’s Republic during the common work on the joint scientific, research and development projects.

As a result of the reciprocal visit of the Russian scientists to China it is planned to discuss the technical specifications and contract documents.