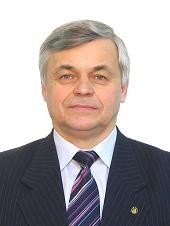 During his time at the University Tarasov developed and read a series of lectures in the field: “Acoustic devices and systems”, “Devices and methods of quality control and diagnostics”, “Marine Acoustics and hydrophysics”, “Biotechnical and medical devices and systems”.

He participated in the ocean and sea expeditions through the Academy of Sciences on the research vessels “Academician Mstislav Keldysh”, “Academician Ioffe”, “Academician Orbeli,” “Professor Shtokman”, calling at foreign ports. He was sent as an expert and participant of conferences in the US and Greece.

Under his leadership, successfully defended their thesis for the PhD 4 graduate students.

He was and still now he is the scientific supervisor and executive in charge of more than 20 research and development projects.

Published 2 monographs, including monograph with the stamp of Educational methodical association, more than 130 scientific articles, including 9 study guides and 5 inventions.

Chairman and academician of the North Caucasian regional department of the International Academy of Ecology, Man safety and Nature; member of the Russian and European acoustic societies. He is a member of two doctoral dissertation councils and he is registered in the Federal Register of scientific and technical sphere experts (Federal State Scientific Institution “Research Institute – Republican Research Scientific-Consulting Centre of Expertise”).